You are here: Home / Henry Veit 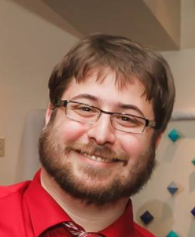 Henry has a passion for the English language and is a self-proclaimed ‘word-nerd.’ He received his BA in English/Creative Writing from Miami University of Ohio, where he also earned a minor in Japanese. Combining his BA with a MA in English Education from Boston University has taught him to value imagination and investigation in his classroom. Henry spent seven months in Osaka, Japan as a study-abroad student at Kwansei Gakuin University, where he enjoyed tutoring the native students in English as much as grooming his own skills in Japanese. In the classroom, Henry’s objective is to equip his students with a ‘tool-belt’ of practical, critical thinking, and observational skills to assist in their becoming well-rounded citizens of their communities and the world. Originally from Stamford, Connecticut, Henry grew up in the Atlanta area. In his spare time, he enjoys writing, kayaking, hiking, and camping in the north Georgia mountains and South Carolina, and spoiling his three cats, Dino, Queso, and Lucia.